What are your kids watching? | Temple Texas Family Photographer

Have your kids gone through all the cartoons on Netflix and more? Are you tired of hearing Youtube in the background? I am!! It’s time for some educational shows, right?!

I know, I know…if you say this to a kid, they probably start rolling their eyes and whining! But listen….educational shows don’t have to be boring! With the help of my nine year old, I’ve created a list of some of her favorite shows to watch that will actually help their brain! Best part is they are all available on streaming services most people already have or free online!

If you have younger kids that like cartoons, check out these options: 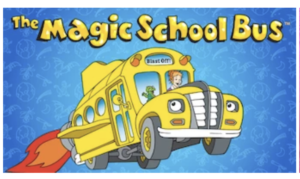 The Magic School Bus: This show has been around forever! I remember watching this as a child. Netflix has 4 seasons of the original show as well as well as two seasons of a newer one called, The Magic School Bus Rides Again! My little girls have seen every single episode and will watch them over again. The show is based off a children’s book about a teacher who takes her students on field trips while teaching them about science. The adventures the students go on can get crazy but Ms. Frizzle sure has a way of making learning fun for both characters and viewers. 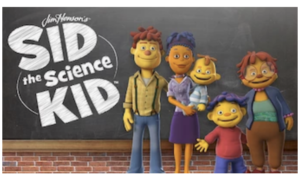 SID the Science Kid: This is an older show as well, but not as old as The Magic School Bus. This cartoon came out in 2008 and ran through 2013. I remember my older girls watching this when they were little. While Netflix says it only has one season streaming, there are 40 episodes available! This show is about a kid who wants to have a career in stand up comedy. During the show, he talks to his stuffed animals about different science topics with some added jokes along the way. These shorter episodes are great for kids who may not want to sit very long, but long enough to give you a 20 minute break!

Two shows that my kids love to watch are The Who Was? Show and Brainchild. My younger kids are in elementary school and both of these shows are great for them. It keeps them learning during this time when they can’t go to school and it does it in a fun way. I actually watched a couple episodes and it got my attention as well! 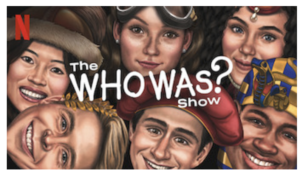 The Who Was? Show is a history show on Netflix and has 13 episodes. It covers people such as Gandhi, Amelia Earhart, The Wright Brothers and even Bruce Lee. The actors in the show dress up as the famous people in history and give out facts through music and storytelling. If you have a child who might think history is boring, you’ll definitely want to check this show out! Their upbeat personalities make it hard to fall asleep. 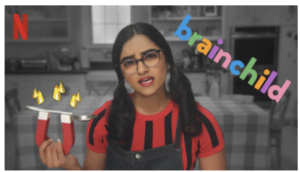 Brainchild is another show on Netflix for older children. This show came out in 2018 and has 13 episodes available to stream. It covers a wide range of topics like hidden forces, germs, and dreams. This is another show that my kids have watched every episode. It makes them think and gives them new information that is better than any cat video on youtube! 😉

This last show on Netflix is just a bonus show for parents…or maybe your middle schoolers or high school kids. Netflix has Jeopardy! It has three different collections available to stream. I always liked watching this to see how many questions I really knew. If you’ve been stuck at home with your kids during this quarantine, it might be a way to make you feel like an adult again and maybe learn so things you didn’t know either!

The next streaming device is Hulu. There didn’t seem to be as many education shows on there for kids as other companies, but two that did catch my eye were Mythbusters Jr. and Masterchef Jr. I’ve always liked watching mythbusters, the original show. While some of it may be more educational than others, the jr version does seem to keep it more in that direction. A few topics that they go over in episodes are gas, space and gravity. I’m putting Masterchef Jr. on here because I think cooking is a great skill to have. More kids should be taught the basics so they don’t go to college or out on their own and have to eat out all the time. Who knows…you might discover you have a chef in the making while watching this show! Challenge your kids to make something of their own after watching an episode!

Now let’s talk about Disney Plus! 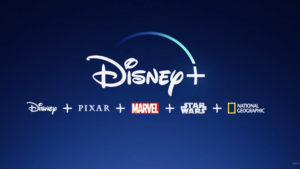 I love having Disney plus in our house! Not only have they released new movies faster than expected, but they have a whole section for National Geographics. My nine year old is obsessed with this section! She has watched every single movie on there and just told me they had a few new ones about dolphins. They have movies about oceans, animals, vikings, space and so much more! One show that stood out to me was Brain Games. If you have not watched the show, it is a must see and it’s entertaining for the entire family! We love watching this and doing the tricks along with the show. The human brain can be the coolest thing to learn about!

If you haven’t signed up for Disney Plus yet…you should!

The last thing I want to talk about are shows you can find online and stream for free! I’m sure there are millions of free resources out right but here are my top two!

Bill Nye The Science Guy: I loved watching him when I was younger and now so do my girls. You can go to his website (here) and find so many shows about science. He has lists of episodes that cover life science, physical science and planetary science. Literally hours of shows you can watch on your phone, tablet or pop it up on the tv.

Schoolhouse Rock: This show is another older show that I used to watch as a kid that keeps hanging around. You can find a lot of these clips on ABC. If your kids are into music, these are fun short little clips that keep them dancing and learning at the same time.

There it is…my list of educational shows that might give you some sanity during our quarantine time. If you are anything like myself, I wasn’t meant to be a homeschool parent so I’m doing the best I can. Surprisingly, my kids found a lot of these shows on their own. I just have to remind them that it’s time to get off youtube and watching something else for a change! I hope you found this list helpful!

If you are looking for more things to do and you have a fancy big girl camera at home, I’m offering my beginning photography class 100% online! You can get more information about it at www.preciousstonesphotography.com/cameraclass. There has never been a better time to get to know your camera and make the most out of your hobby! Or come join my Facebook group: www.facebook.com/groups/pspclients ….. I hope to see you there!